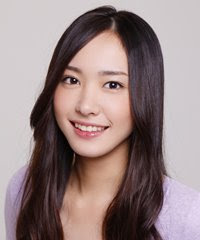 In June, Oricon conducted a small survey of 350 high school girls, asking them which young actresses have most caught their attention. Now the results have been published, and 21-year-old Yuriko Yoshitaka tops the list.

Yoshitaka made her acting debut in 2006, and she won multiple awards last year for her role in the movie "Snakes and Earrings." It was recently revealed that she is in a relationship with actor Hiroshi Tamaki (29).

Disclaimer: Registered names and trademarks are the copyright and property of their respective owners.

Because of her fashion sense and logical personality, she gained a large fanbase in and out of Japan. Her beauty, particularly her smile, is well-regarded in her home country. She is also considered as one of Japan's local celebrities who possess beautiful faces (Wikipedia)